From now on you can have a look to the images of the new “Tanzania” Gallery.

Those that know me well, you know that at Tanzania my index finger went crazy and that I shooted too much photos… so it was a hard job to select some of them.

It was so hard to classify the species shown in this gallery. The mammals and birds books / guides we had contained only the English and the Scientiphic version of the names, so I had to surf the net to look for the Catalan and the Spanish versions. Unfortunately I haven’t found all of them… a few are missing (so if you know any of the the missing ones… I’ll be so grateful if you tell me those). I enjoy classifying what I photograph and, as I am just a begginer, it’s a kind of personal goal I have fixed myself. 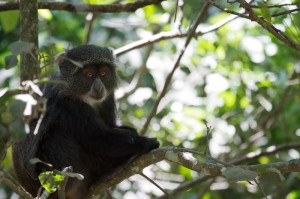 I also would like to explain you how difficult it is to take photos with hight temperatures. We were able to see the heat coming up from the floor so often. In these situations, the auto-focus did not work and trying to manually focus using our eyes was also difficult because the heat also lied our sight.

All these photographs were taken between September – October 2009, during the dry season. As you’ll see, the landscapes and the colours are so different from the previous galleries (Iceland, Slovenia and Donna Nook). In this case, the golden dried grass is the main character in most of the photos, however the green also appears from time to time.

I hope you enjoy them!

First of all I would like to thank you for accessing my website. I hope you feel comfortable here and that you come back again to spend some time here from time to time.

The main objective of this website is to share with you (relatives, friends, unknow people…) my photographs, without forcing anyone to see them. All we know how boring can be a long show of photos taken by a friend or a relative…

This website will allow you to look at them as many times as you want, for the time you want…

I have prepared 3 galleries to start. They contain some photos from my first steps in the nature and travel photography: