The photo I show you today, Astrantia Major, is (still) not included in any of the Galleries of this website because it does not correspond to any “big travel” but to a Photographic Workshop about Flora from the Pyrenees, by Oriol Alamany, that took place between July 1st and 3rd, 2011, in La Cerdanya (Catalan Pyrenees). Maybe you recognize it from my galleries at Fotonatura and Whytake.

We were approaching a field full of orchids and at the beginning of the path I discovered this curious and nice flower. It was the first time I have seen it and I did not know anything about it, but it attracted my attention so I stopped to take some photos of it.

It was close to a bush, among lights and shades, so I took my “chinesse” (a tiny reflector “made in Hong Kong” that was given to me at a Sonimagfoto Fair stand because I spontaneously became a translator “Spanish-English”) to illuminate it more properly (so to speak, because it is a quite poor quality reflector and it reflects the sunlight in a very special manner), so I started playing with the f-stops in order to obtain enough focus on the flower while keeping a soft background.

I spend more than an hour with this flower, trying to capture all its beauty and all its details, without realizing about the time. It was a short break. I really relaxed and abstracted from the reality. 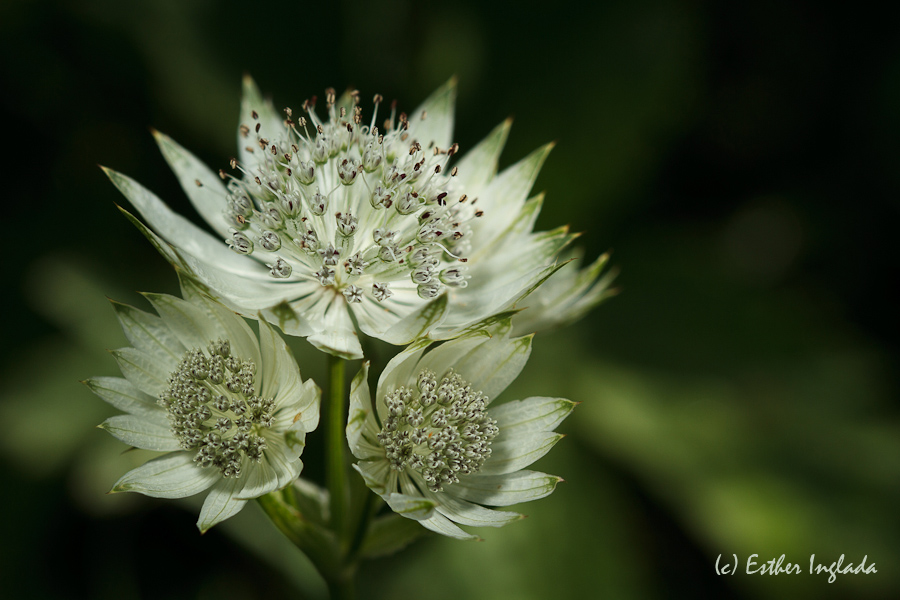 There was a botanic in the group who told me which was that flower and later on, at home, thanks to Saint Google and Saint Wikipedia I found out the rest… It is a Astrantia major, Apiaceae family (same family as the celery, the dill, the carrot and the fennel, among others).

Few weeks after, I went back to the area and I tried to found the flower again… but it was too late. The plant had dried and I found nothing.

I would like to see (and photograph) it again. I’ll have to wait till early summer.

This entry was posted in Photo History, Making off, News and tagged Making-off.